With plans to span 11.5 miles along the south bank of the Ohio River, this Northern Kentucky trail has completed segments in Covington, Newport, and Dayton. 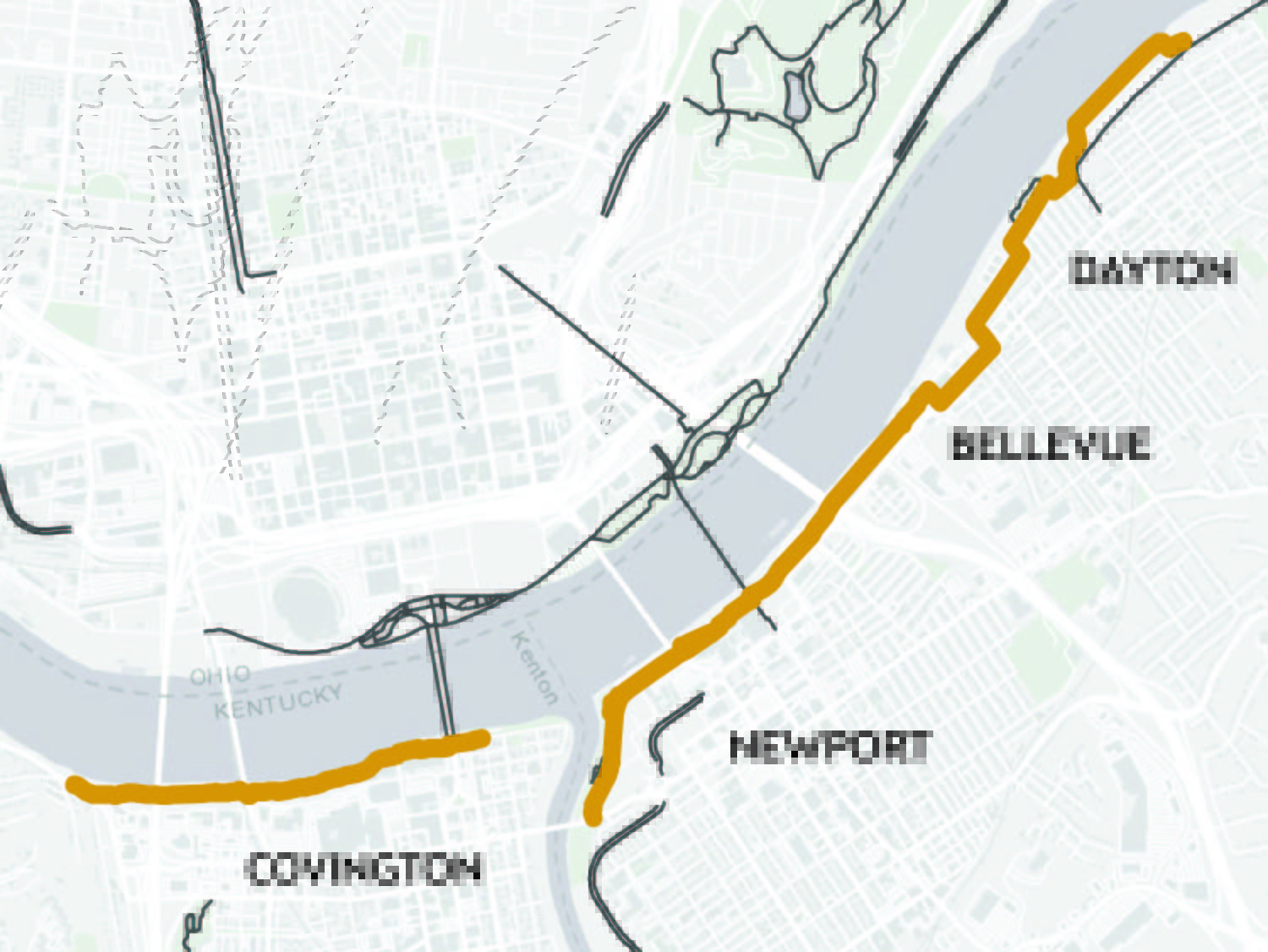 Originally envisioned in the early 2010s, Riverfront Commons is beginning to come to life. Dayton, Newport, and Covington have all implemented improvements to their segment of the trail corridor in recent years.

In 2021, the completed Covington Plaza project opened to the public, offering an outdoor entertainment amphitheater with stunning views of the Ohio River. The realigned trail meanders past the Robert Dafford floodwall murals with improved connections from Greenup Street to Madison Avenue. A new section of the trail is under construction at the west end of the Covington floodwall extending closer to Ludlow. Previously a gravel path, the newly paved trail will soon extend to Swain Court, separated from busy traffic along Mary Ingles Highway by a new concrete barrier.

Across the Licking River, Newport celebrated the completion of two elevated bridge connections from the Taylor-Southgate Bridge to Newport on the Levee in 2019.  Improvements to the trail are currently being made near General James Taylor Park as a part of the Ovation development.

In Dayton, the city is constructing three sections of the Riverfront Commons trail. Phase I, named Ahrens’ Way Riverfront Trail, was completed in 2019. Phase II and III will add another mile to the trail along the river parallel to Manhattan Boulevard.

Who it’s great for

What to look for

Use caution crossing the 4th Street Bridge between Newport and Covington. Walking bikes on the narrow northern side path is recommended.

Other Trails to Explore

Covington’s riverfront boasts a 2-mile braided trail network featuring a natural surface trail along the river, a paved multi-use trail on the levee, and a series of murals.

Once infamous as one of “America’s most endangered rivers,” the Mill Creek now proudly showcases diverse wildlife, public art, and an edible forest garden along its multi-use trail.

This iconic trail spans 22 miles along the mighty Ohio River from Smale Park in Cincinnati to New Richmond, Ohio.