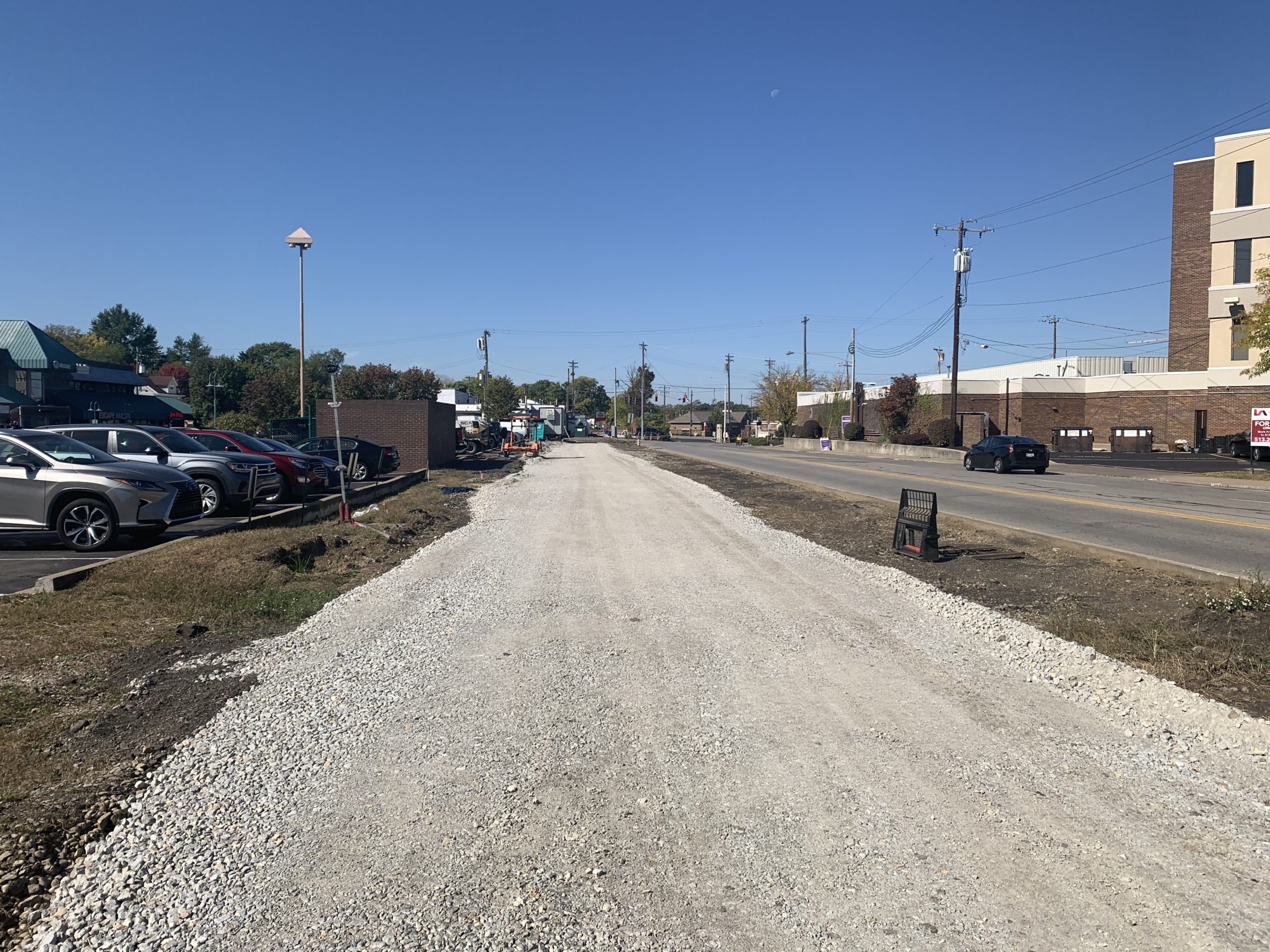 On October 8, 2020, OKI Regional Council of Governments’ board of directors awarded $40 million for regional transportation projects, $10.3 million of which will be used to build new trail and sidewalk projects.

Wasson Way in Cincinnati received the largest amount for a standalone bike or pedestrian project–$3.76 million–to extend the planned trail from Blair Court to the intersection of Martin Luther King Drive and Reading Road in Avondale (Phase 7). With this funding, Wasson Way will officially connect to Uptown, the region’s second largest employment hub. Tri-State Trails played an integral role behind the scenes to advance this project in our CROWN plan, which is the vision for a 34-mile multi-use trail loop around Cincinnati. Last year, Tri-State Trails helped Cincinnati secure $6 million from OKI to build phases 3, 4, 5, and 6A of Wasson Way, and Phase 3 from Madison Road to Marburg Avenue is under construction now. In partnership with Wasson Way and Ohio River Way, Tri-State Trails is actively fundraising to match these grants. Learn more and make a donation here.

“Local governments all around Greater Cincinnati are investing in improvements to their active transportation networks. Residents increasingly want to live in communities that are walkable and bikeable,” said Wade Johnston, Director of Tri-State Trails at Green Umbrella. “The increased demand for OKI’s grant funds to be used for these improvements illustrates the need to expand active transportation funding across the board.” Through our Active Transportation Policy Platform, Tri-State Trails is calling on local government leaders at the local, state, and federal level to increase funding for trails, sidewalks, and on-road bicycling infrastructure.

Great Parks of Hamilton County was awarded $352,697 to improve the pedestrian connection into Glenwood Gardens from a bus stop at the intersection of Glendale-Milford Road and Springfield Pike. This project is the first phase of Great Parks’ larger plan to connect Glenwood Gardens to Winton Woods with a paved, multi-use trail.

The City of Hamilton in Butler County was awarded $720,000 to build another phase of the planned Hamilton Beltline. Just last August, Hamilton closed on a $791,000 deal to purchase nearly three miles of railroad corridor from CSX to build the trail through its west side neighborhood. Another 0.5 mile phase of the Hamilton Beltline is gearing up to start construction near Wilson Park.

Deerfield Township secured $750,000 to build a trail along Irwin Simpson Road that will connect existing trails on Mason Montgomery Road and Duke Boulevard. This project will improve connectivity for the proposed Miami 2 Miami Connection, a project Tri-State Trails has championed since 2017. When complete, the Miami 2 Miami Connection will form a 50+ mile trail network linking the Little Miami Scenic Trail to the Great Miami River Trail through Warren and Butler Counties.

An additional $800,000 was awarded to four communities in Northern Kentucky to do enhance sidewalk connectivity. Several other funded projects included sidewalk enhancements as a part of larger roadway improvements.