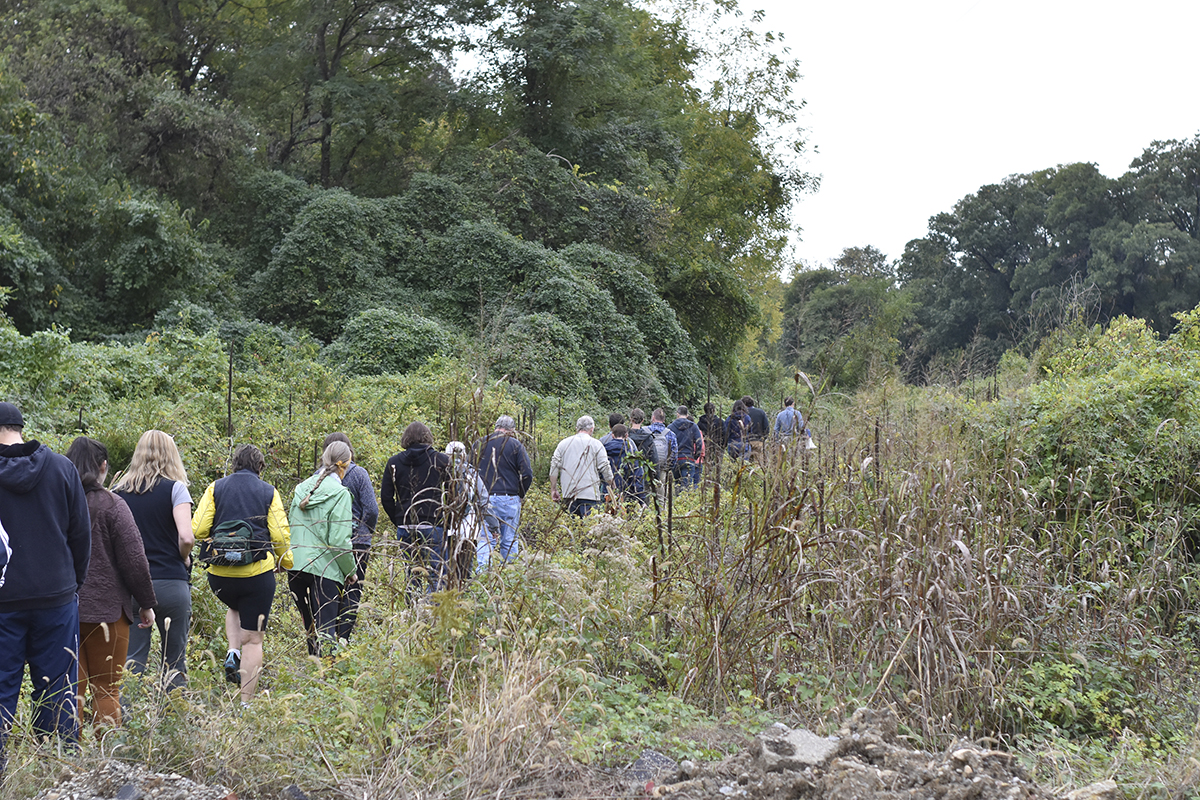 Major plans are underway in Uptown for the planned expansion of the CROWN urban trail loop. Over the next two years, Wasson Way will extend west from its current terminus at Montgomery Road, running through Xavier University’s campus, connecting to Avondale at Blair Court, and ultimately linking into the new Uptown Innovation Corridor at MLK Drive. For the first time since the construction of I-71 in the 1960s, the neighborhoods of Avondale, Evanston, and Hyde Park are being reknit together by a vibrant trail corridor for walking, running, and biking.

This project has been in the works since 2017 when Tri-State Trails identified an opportunity to extend Wasson Way west from its planned end point at XU along a former rail-corridor turned parking lot that’s owned by the Southwest Ohio Regional Transit Authority (SORTA, also known as Cincinnati Metro). At that time, Tri-State Trails shared this idea with the Avondale Community Council and Avondale Development Corporation to gauge their interest in connecting to the trail network.

As a neighborhood that prides itself on being a past champion of the go Vibrant Million Step Challenge and home to the oldest Black running club in the nation, the Avondale Running Club, Avondale has embraced the opportunity to connect to the CROWN. Earlier this month, we spoke with April Gallelli, Quality of Life Plan Project Manager for the Avondale Development Corporation, about the upcoming trail connection and her vision for the future of Avondale.

“We support the CROWN trail. It will bring so much to the community. Avondale needs to be built for pedestrians. Many senior citizens don’t drive and some people don’t have the capacity to own a car. We want to walk on safe paths and have safe passage to school for kids,” April said, emphasizing that Avondale has been focused on neighborhood health and vitality for a long time.

In her role with ADC, April played a key part in developing and implementing the plan, and she sees a clear connection between trails, health, and justice for the community. In 2019, residents and community stakeholders created Avondale’s Quality of Life Movement as the neighborhood’s guiding comprehensive plan. The process involved interviews with new and long-time residents which in turn identified four key themes, 13 goals, and 135 action steps. A short-term goal of the plan is to identify pedestrian and bike connections to the future Wasson Way trail and CROWN trail network to increase pedestrian access to the Reading Road business district, around the Town Center, and through the Uptown Innovation Corridor. You can read the full plan here.

April added, “when people can connect, the community is safer and healthier.” The CROWN trail aims to do just that by connecting residents to major destinations like parks, schools, and centers for employment, retail, recreation, and entertainment. The CROWN trail will also provide a safe and accessible option for residents of Avondale – and all Cincinnatians – to gather and be active outdoors.

It’s easy to see how nature, movement, and connectivity can positively influence our everyday lives and our future paths. When describing her vision for the future of Avondale, April shared memories of growing up in Yellow Springs, Ohio. As a young person she found peace sitting in a local pine forest.  She believes greenspace preservation is a crucial element in Avondale’s future.  She says, “It changes you.”

We’re excited to see how the CROWN trail network changes the way people move in Cincinnati. With CROWN, making the choice to walk or bike for transportation or recreation will be safe, accessible, and convenient.