Update: Tri-State Trails will be leading a bike ride to this public meeting on September 30.  Meet at Clifton Avenue and Straight Street at 6:00 PM to ride the length of the protected bike lane to the Clifton Recreation Center for the public meeting.

Last year, a pilot for a protected 2-way bike lane on Clifton Avenue was proposed by the Clifton Town Meeting, approved by Cincinnati City Council, and funded by the Devou Good Foundation. The temporary bike lane was installed this past spring by the City of Cincinnati’s Department of Transportation and Engineering.

In order to assist the City in making a decision on the bike lane’s future, Neighborhoods Committee Chair Councilmember Jan-Michele Lemon Kearney invites the public and the community to share input and feedback regarding the Clifton bike lane.

In addition, Clifton Town Hall Meeting Trustee Mark Jeffreys, who brought the bike lane idea to Councilmember Kearney last year, has arranged for stakeholders such as the University of Cincinnati, Tri-State Trails, and the Devou Good Foundation to meet to discuss concerns about the bike lane.

“We were told that the City planned to dismantle the bike lane on Monday, August 30, but City administrators have assured us that the bike lane will stay in place pending the meeting for public comment,” Kearney said.

The Clifton Avenue two-way protected bike lane is a wide bike lane designed for cyclists to ride in both directions on the same side of the street. This design is ideal for locations like Clifton Avenue where one side of the street has significantly fewer conflicts such as driveways and cross streets. The bike lane is protected from traffic by parked cars, barrels, and heavy parking blocks.

The protected bike lane extends from Straight Street to Ludlow Avenue and is a pilot project that is being coordinated by the City of Cincinnati, Clifton Town Meeting, the Devou Good Foundation, Tri-State Trails, Metro, and the University of Cincinnati.

For questions on the special session of Neighborhoods Committee to engage the public and receive feedback on whether the bike lane should stay in place, contact Councilmember Kearney’s office at (513) 352-5205. 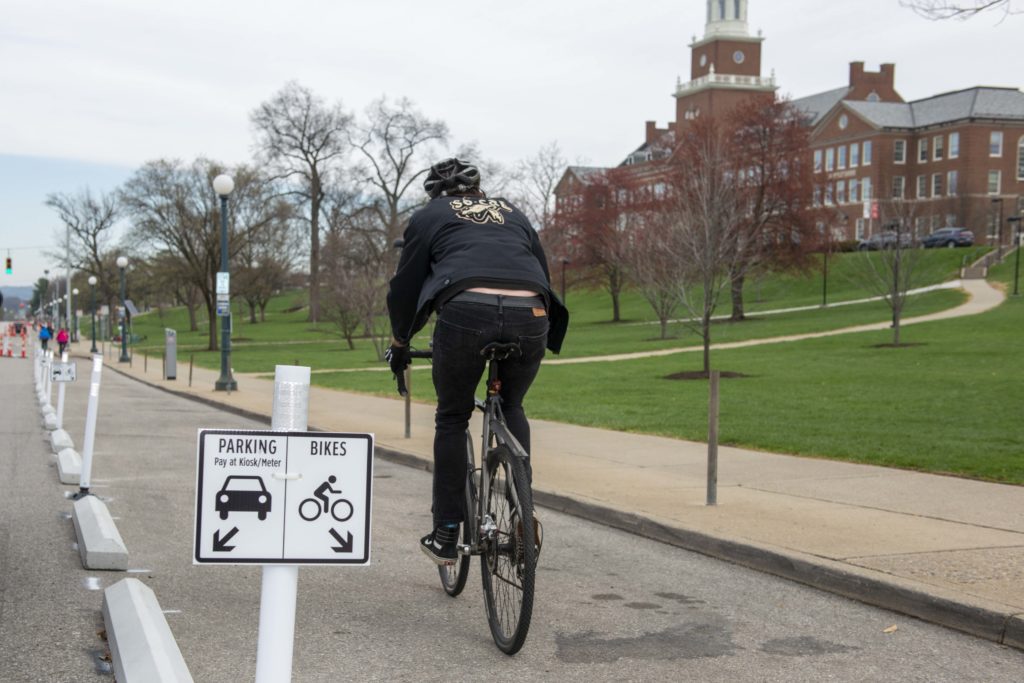