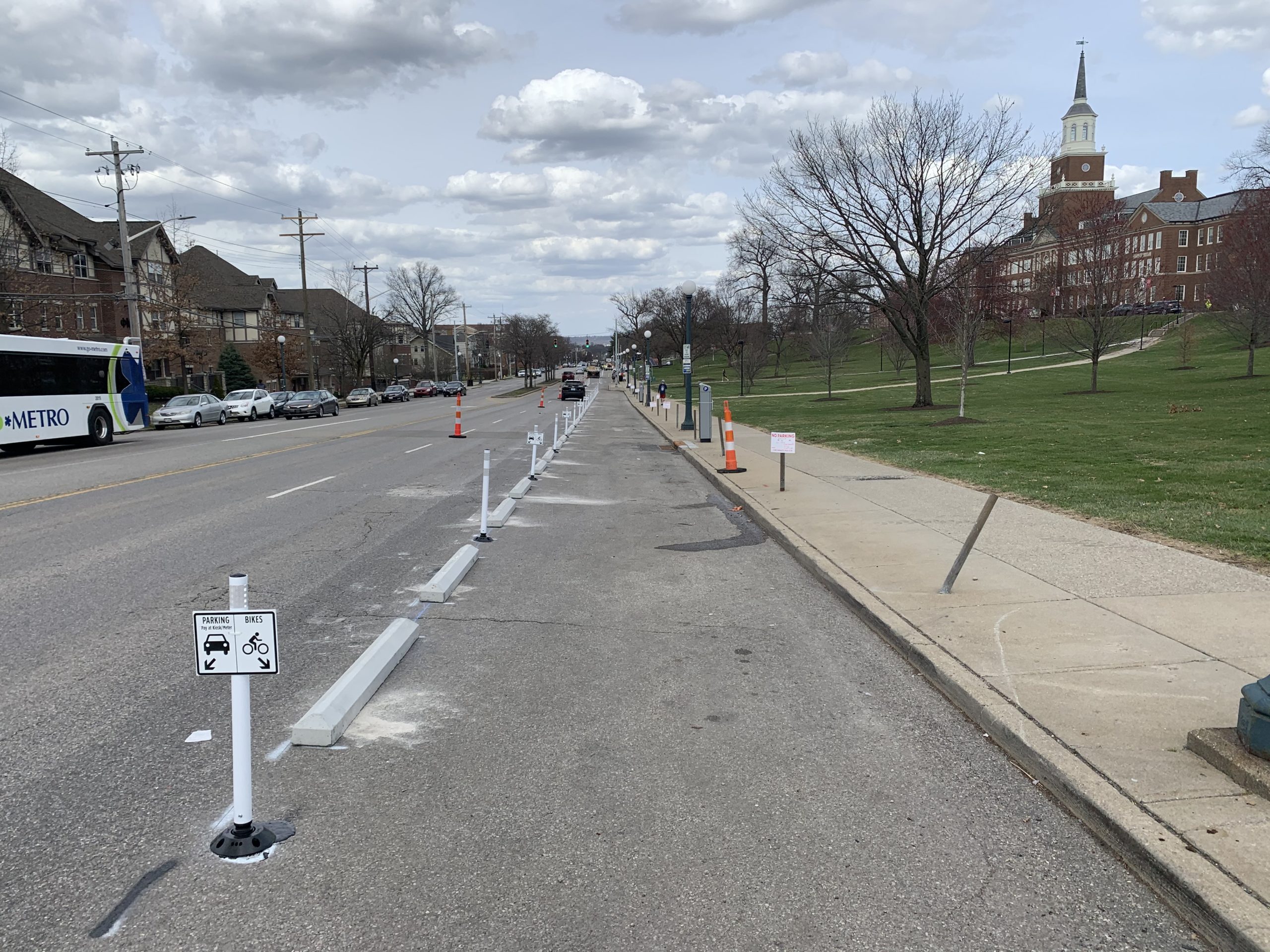 On March 27, the city will celebrate its newest piece of bicycle infrastructure. After less than eight months of planning, the Clifton Ave. two-way protected bike lane will finally be open to bicycle traffic.

It only took two days to install and cost approximately $50,000 in materials.

Building off of the legacy of two-way protected bike lanes in other cities, such as the one on Chicago’s Dearborn St., this lane will connect Clifton’s Gaslight District up to University Heights. Previously, limited sharrows on Clifton Ave. had been the only bicycle-specific infrastructure improvement on this street.

“This project is a landmark for Cincinnati’s bicycle infrastructure,” said Wade Johnston, Director of Tri-State Trails. “We’re proud to have advised Clifton Town Meeting on this project and are excited to see how the public responds to it.”

This two-way protected bike lane is the first of its kind in Cincinnati and will serve as a pilot project.

“We pilot so we learn what works and doesn’t work before we make it permanent,” said Mark Jeffreys of Clifton Town Meeting in a tweet on March 26. “That should be the model we replicate throughout the city.”

Mayor John Cranley, Cincinnati City Councilmember Jan Michele Lemon Kearney, and representatives from Clifton Town Meeting will be joined by activists and bicyclists from around the region on March 27 at 10:30 a.m. at the intersection of Clifton and Straight St. for a ribbon-cutting ceremony.

The Cincinnati Department of Transportation and Engineering deserves a hat tip for its partnership and creativity during this project, and this new piece of infrastructure would not have happened as quickly or efficiently without the support of the Devou Good Foundation.

Of course, we’ll be riding our bicycles down the hill to try out the new lanes after the official ribbon-cutting. A glow-up of this variety deserves a celebration, don’t you think?

New infrastructure is always a learning process for road users. If you see something amiss with the new bike lane, please tweet us at @TriStateTrails.