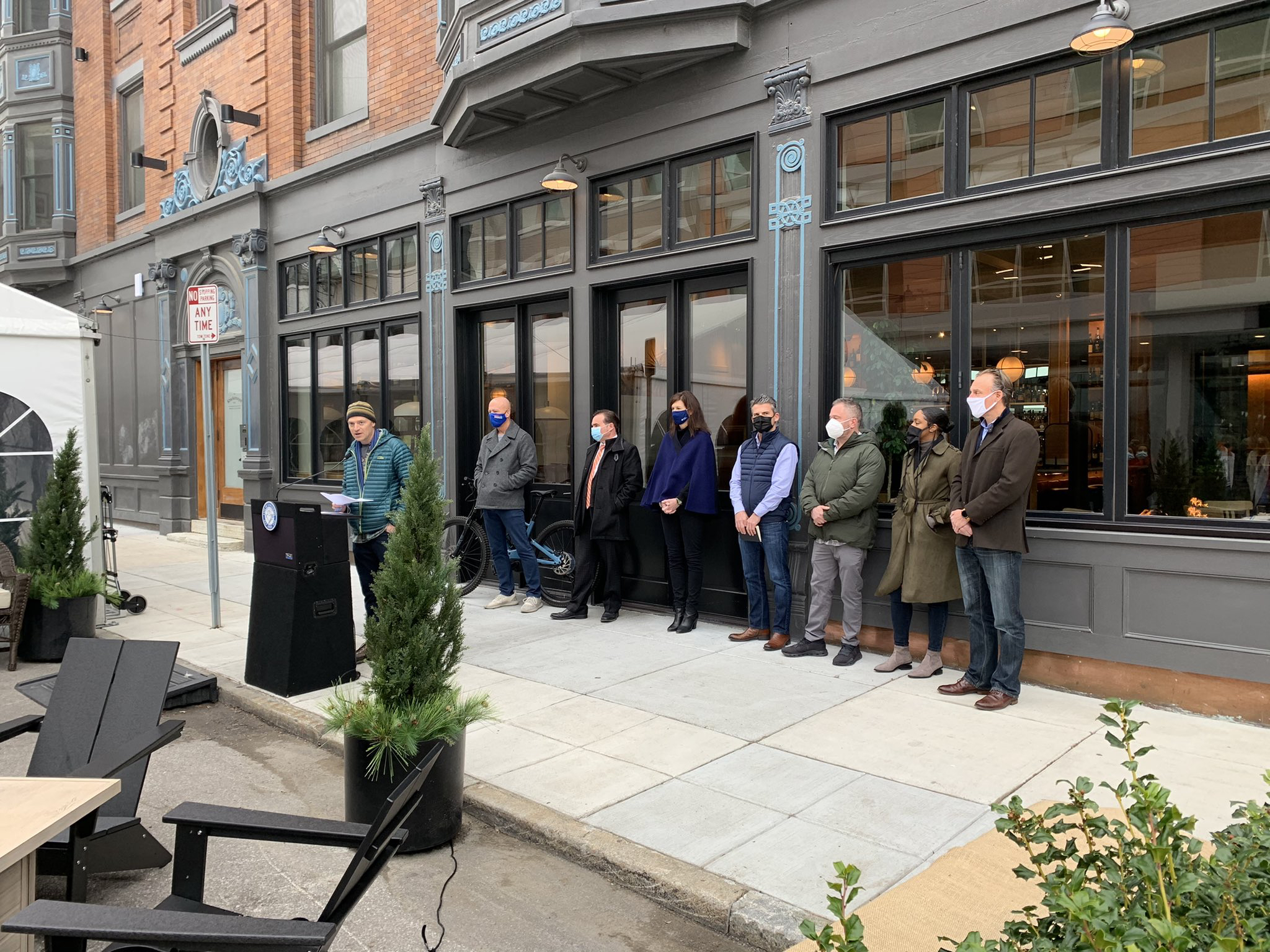 A bright spot for pedestrians downtown

More than seven months after Cincinnati created outdoor dining zones in Over-the-Rhine and Pendleton, the city and 3CDC have announced that they’ll be making these “streateries” a permanent addition to the urban landscape.

The expansion of outdoor dining during the spring that spread to side streets and what was formerly designated as on-street parking has led to a larger discussion about walkability. “People are not entitled to on-street parking,” said Mayor John Cranley at a press conference on December 4. Cranley went on to speak about the possibility of removing lanes of traffic or parking to make the city more walkable and pedestrian-friendly.

The Devou Good Foundation and Duke Energy have stepped up with funding to upgrade of the temporary orange plastic barriers that were installed earlier this year. They will be replaced by wooden structures meant to create a stronger sense of place as opposed to the sense of being stuck in a construction zone. The wooden platforms will also make some outdoor dining areas ADA accessible by extending level from the curb.

This investment builds on 3CDC’s efforts to improve walkability downtown. Earlier this year, they announced an $8.8 million overhaul of Court Street into a pedestrian plaza.

We think this is another positive step towards making our cities and streets more centered around people—not just cars and parking. And we’re hoping more protected bike lanes will be next.