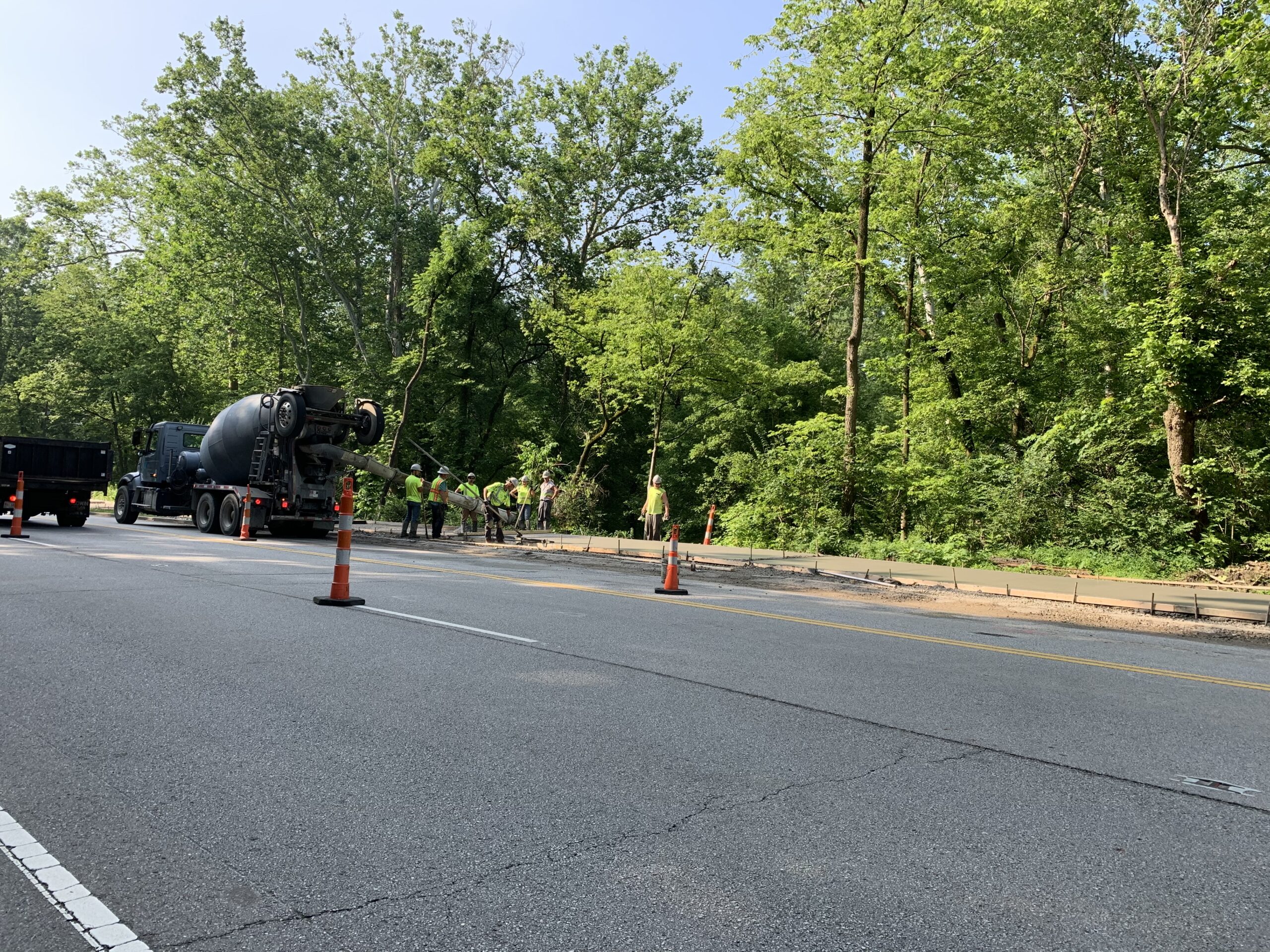 It’s construction barrel season–even for trails around town. This year is a big one for trail development in Greater Cincinnati. We’re estimating that about 42 miles of trails and bike lanes will be started and/or completed in 2020! While it might seem like local governments are rapidly responding to the increased demand for trails due to the pandemic, many of these projects have been in the works for years and are just now coming to fruition.

Here’s a list of some trails to look forward to in the coming months and years ahead. You can explore these planned routes and more using our interactive Find A Trail map (shown as red dashed lines).

Construction is nearing completion to extend the Ohio River Trail East from Lunken Airport to Coney Island. Traversing about 2.2 miles, this route will connect 12 miles of trail around Lunken and Armleder Park to 1.4 miles of existing trail in Anderson Township.

In 2017, this project was in jeopardy of being cancelled. We helped save it by raising $500,000 between Hamilton County Transportation Improvement District, Anderson Township, and Interact for Health.

Earlier this year, ODOT completed bike lanes spanning 11 miles along US 52 from Five Mile Road to New Richmond. When the gap between Salem Road and Sutton Road is complete, you will be able to ride about 22 miles from Smale Park downtown to New Richmond on either a trail or a bike lane!

Covington is remodeling their riverfront at the base of the Roebling Suspension Bridge, which will include an improved trail alignment and 1,350 seat amphitheater. Additionally, Southbank Partners just finished two multi-use trail connections to the Taylor Southgate Bridge from Newport on the Levee to the western side of the levee trail.

The City of Cincinnati is moving quickly to implement the $6 million Surface Transportation Block Grant we helped them secure last October. Phase 3 of Wasson Way will install a crosswalk with a flashing beacon across Madison and Edwards Roads, then extend the trail past the Hyde Park Kroger to Marburg Road–about 1.1 miles all together.

Funding is in place to extend the trail 1.2 miles east through Ault Park to connect with the Murray Path in Fairfax in 2021, as well as 1.1 miles west from Xavier into Avondale in 2022. Last month, Cincinnati submitted another Surface Transportation Block Grant application to extend the trail farther west to the Uptown Innovation Corridor at the intersection of MLK Drive and Reading Road.

Later this summer we’ll be launching a grassroots fundraising campaign for CROWN, the Cincinnati Riding Or Walking Network, to support this project–stay tuned!

Hey Westsiders, the Ohio River Trail is finally coming your way! About 2 miles of trail is starting construction that will extend from Evans Field in Lower Price Hill to Gilday / Riverside Park in Sedamsville. There will be about a mile-long gap in the middle through a critical pinch point between the Ohio River, the railroad, US 50, and the hillside. Tri-State Trails and the River-West are working with the City to find a solution to this gap and connect this segment to downtown.

Great Parks of Hamilton County recently completed a 0.3 mile spur off the Little Miami Scenic Trail that connects right into Fifty West Cycling and Brewing Company. What better way to end your ride–with a burger and a beer in your belly.

Not too far downstream, Great Parks of Hamilton County is gearing up to start work on the Beechmont Bridge project to connect the Little Miami Scenic Trail to Lunken Airport, which is scheduled for 2022 completion.

Franklin and Middletown have teamed up to complete the 1.5 mile gap in the Great Miami River Trail between their cities. Running along the north side of SR 73, this connection will link 9 miles of trail in Middletown to 63 miles of trail extending north to Dayton and Piqua. We’re working with partners in Butler County to complete the final 7.6 mile gap between Middletown and Hamilton. We’ve already helped the City of Monroe secure funding for 2.4 miles of that gap.

Cincinnati Off-Road Alliance is about halfway complete with their vision for 4 miles of multi-use natural surface trails in Mt. Airy Forest. Built and maintained by an all volunteer crew, CORA is already making plans for the next phase–a beginner flow trail and skills park!.

The City of Oxford is hard at work leveraging funds from their 2018 voter-approved trail levy. This year, they are extending the trail 1.2 miles from Trenton Oxford Road to Millville Oxford Road. Check them out on Facebook to see their construction progress, including trail bridge installations.

It’s sat dormant for several years, but Boone County is picking up the pace to complete the CVG Loop Trail. Later this year, construction will start on a 2.8 mile segment running along the western edge of the airport from KY 18 to KY 20. Boone County is working hard to secure funding to build more sections of the loop!

Did you know that the massive Metropolitan Sewer District project in South Fairmount is going to include about 0.8 mile of paved trail? We’re looking forward to when the Western Hills Viaduct is reconstructed so this project can connect to Canal Bikeway and downtown.

If you’re as excited as we are about these trail improvements, you can support our work by making a donation. Much of our advocacy work happens behind the scenes, but as you can see, it’s paying dividends!